Astika, The Saviour of Serpents

In Orissa the forest is seen as a sacred place and it is Manasa’s kingdom. 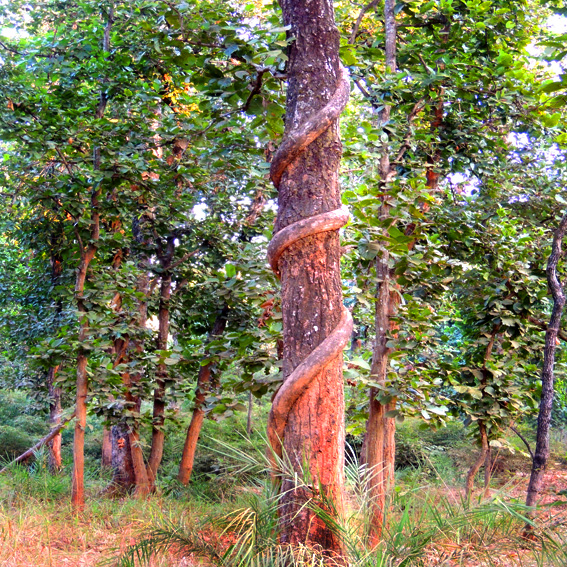 Manasa is the Goddess of snakes, also called the Queen of Snakes and is venerated to prevent and cure snakebites. She also represents fertility and prosperity. 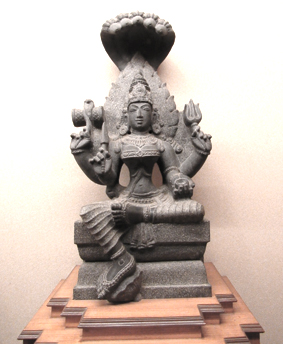 “Soon after Jaratkaru impregnates his wife, the fatigued sage sleeps in his wife’s lap. As sunset nears and it is time for evening worship, Manasa faces the dilemma whether to disturb the peaceful slumber of her husband or let him sleep and thus risk him losing the merit of the obligatory worship. She weighs her options and chooses the former. She whispers in his ears to awaken him so that he can perform his ablutions and light the Agnihotra flame. The sage is enraged and feels insulted. He says that the sun will not dare to set before he performs his rituals. He forsakes her, though the “innocent” wife begs his pardon and justifies her decision. She reveals to him the true purpose of their marriage, the birth of their son – saviour of the serpents – and asks him to wait until that purpose is fulfilled. The sage assures her that his seed is in her and that she will deliver a learned son. Jaratkaru leaves to perform his austerities again, never to return again to his family.” https://en.wikipedia.org/wiki/Jaratkaru

I have seen in several sites in Orissa the sculpture called ‘Astika Jaratkaru’, that maybe should be called ‘Manasa, Jaratkaru & Astika’… 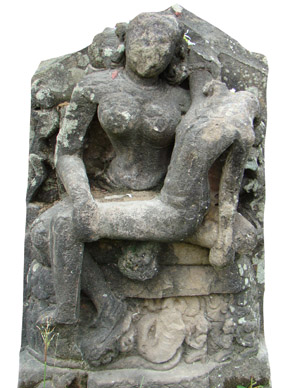 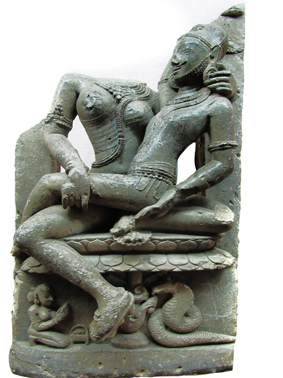 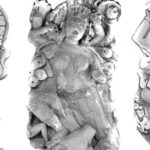 Protective Yoginis and Goddesses destroyers of demons. Syncretism between Hinglaj Mata and Mahishauramardini 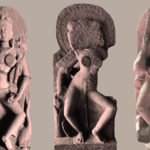